Home / News / So many questions now… Aisha to query for Latvia

So many questions now… Aisha to query for Latvia

With the song “What For?”, composed by Janis Lusens and Guntars Racs, the 24-year-old singer Aisha will represent Latvia at this year’s Eurovision Song Contest. It’s Latvia’s 11th entry to the ESC, and it will be performed in the 1st Semi-Final on 25th May, at starting position #6. 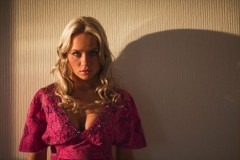 With the song “What For?”, composed by Janis Lusens and Guntars Racs, the 24-year-old singer Aisha will represent Latvia at this year’s Eurovision Song Contest. It’s Latvia’s 11th entry to the ESC, and it will be performed in the 1st Semi-Final on 25th May, at starting position #6.

For more info on Aisha, see below please.

Growing up along with the music of Guns N’Roses and Metallica, she received the 2nd place award in the competition of Young Latvian vocalists when being only five years old. Furthermore, at the age of 11, she took part in the flautists’ competition, and only one year later she made her debut as a brass band conductor! Moreover, when Aisha was 14 years old, she received an offer to sing in a rock-band; however, she ruined her chances of becoming a rock’n’roll star after playing hooky form the first rehearsal. 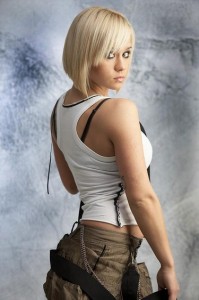 To the Latvian public Aisha became known after winning the TV reality show Fabrika Musical Theatre. Though the invitation she received from the band Opus Pro to join their tour was no doubt of much greater significance. Later in 2006, in cooperation with Opus Pro her first debut album was recorded. Henceforward, it seems that Aisha has been present practically everywhere, which is why the press calls her – the bomb. She has performed together with such pop-music veterans as Credo and Riga Dom Cathedral boys choir. Moreover, she has hosted TV broadcasts, participated in TV shows and bewitched the whole Latvia as one of the favorites in the super-popular TV show Dancing With the Stars 2. She has also shot in movies, played in theatres, given concerts for soldiers in Afghanistan, been within an ace of winning Eurovision Song Contest National Final and released two highly demanded albums.

Aisha has never doubted that her destiny is music. While keeping her dreams and ambitions to herself, she explains, “I am always en route, though the destination never approaches, because I am constantly changing and developing. For instance, lately I have become very fond of blues.” Although she is still only 24, there is no trace of “the little hooligan” – the term she referred to herself during her first interviews. Now she is more likely the ever surprising, changing and developing Aisha whose genuine talent we have not witnessed yet!