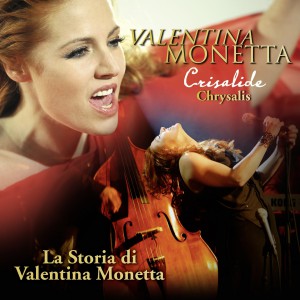 Valentina Monetta represented San Marino in this year’s Eurovision Song Contest in Malmö,  but narrowly missed     out on qualifying from the first semi-final of the competition, placing 11th. Two weeks after the contest Valentina’s album came out, entitled Crisalide – La Storia di Valentina Monetta, first on iTunes, and since last week it’s also available in physical CD format.  Read more about the album and take  part in our quiz competition to win a copy of the CD album…

Valentina Monetta represented San Marino in this year’s Eurovision Song Contest in Malmö, but narrowly missed out on qualifying from the first semi-final of the competition, placing 11th  – quite undeservedly, according to the verdict of our listeners in the ESC Radio Awards poll following the contest. In  the Best Song voting, Crisalide finished a very respectable 6th place among all 39 entries.

Two weeks after the contest Valentina’s album came out, entitled Crisalide – La Storia di Valentina Monetta, first on iTunes, and since last week it’s also available in physical CD format. We give away three copies of the album, all you have to do is answer our question below.

Valentina’s album  lives up to its title.  Jazz music has been    a passion in her life for many years, and those who attended Valentina’s ‘Serata Bellissima’ at the Euroclub in Malmö on 9th May were able to see and hear it for themselves. The four self-penned songs on the album, Una Giornata Bellissima, L’Amore Verrà, Di Mia Proprietà and Think About communicate her depth of feeling for that music.
The live jazz version of the classic tune My Funny Valentine leads over to the ‘Eurovision part’ of the album:  Valentina’s 2012 ESC entry The Social Network Song is included in a live jazz version as well, followed by the Euroclub dance version of the song. The track I’ll Follow The Sunshine, was originally performed by Domenique Azzopardi in the 2011 Maltese national selection for Eurovision. Valentina does her own rendition of the song. Track 10 on the the album is Crisalide (Vola), the original Italian version of the song Valentina performed for San Marino this year in Malmö. The additional tracks on the album are pop and dance versions of the Italian and English versions, Crisalide and Chrysalis, respectively.

You can find the album on iTunes at https://itunes.apple.com/gb/album/la-storia-di-valentina-monetta/id656266051

And the physical CD is available on Amazon http://www.amazon.de/Crisalide-Valentina-Monetta/dp/B00D6CPT3W/ref=sr_1_1?ie=UTF8&qid=1372878420&sr=8-1&keywords=valentina+monetta 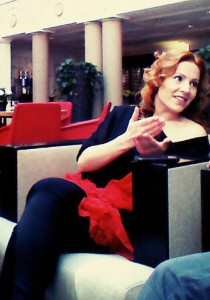 On 19 June 2013, Sammarinese broadcaster SMRTV announced that a pre-agreement had been signed with Valentina Monetta to represent the country at the Eurovision Song Contest 2014 for the third time. This will make her the fourth singer to represent a country on three consecutive occasions after Lys Assia for Switzerland and Corry Brokken for the Netherlands, both in the years 1956, 1957 and 1958 and Udo Jürgens for Austria in 1964, 1965 and 1966. All three of them have won the contest once.

Enter our competition and win one of three copies of the CD album Crisalide – La Storia di Valentina Monetta. All you have to do is answer the following: San Marino debuted in the Eurovision Song Contest in 2008; how many entries have they entered to date? Send your answers to info@escradio.com along with your full name and postal address by 23:59 CEST next Sunday, 14 July. The names of the three lucky listeners will be revealed here on our website. Good luck!

…and these are the three lucky winners, drawn Monday, 15 July:

Congratulations! And better luck next time for those who did not win.

Watch again Valentina’s performance in the second semi-final on 16 May:

and the official music video of Crisalide: