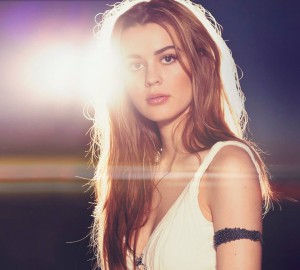 New additions this week include tracks by Denmark’s 2013 Eurovision winner Emmelie de Forest, Ira Losco, Andrius Pojavis, Blue Café, Celine Dion and more. Emmelie de Forest, is out with a second single release from her debut album Only Teardrops:  Hunter & Prey written by Lise Cabble and Jakob Glæsner, who also co-wrote New Tomorrow, Denmark’s 2011 entry by A Friend In London. Read more to check out Emmelie’s video and all the other new songs on our playlist…

Another 2013 Malmö contestant, Lithuania’s Andrius Pojavis, has released a follow-up single to his ESC entry Something. The self-penned song is entitled Play Your Game and is available on iTunes at https://itunes.apple.com/us/album/play-your-game-single/id714986513.  Check out the official home-made video here

1988 Eurovision winner Celine Dion’s long expected new English-language album is due out in November. The release is preceded by a first single, Loved Me Back To Life, available now on all major download stores. This is the video clip:

Céline Dion – Loved Me Back to Life (PSEUDO VIDEO)

Rebels is the title of Tooji’s new single. Norway’s 2012 ESC representative (Stay) took a break after his 2012 Eurovision adventure and is back now with a new look and this very cool dance track. Check out the music video here:

The band Blue Café represented Poland at the 2004 Eurovision Song Contest in Istanbul with their Love Song. Lead singer Tatiana Okupnik left the band one year later, and Dominika Gaweda took her place. Blue Café scored a number of hits over the years, and end of last month, Dendix, a dance track in English language was released. It’s available on Amazon and iTunes. Watch the video clip here:

Serbia’s 2010 representative Milan Stankovic (Ovo Je Balkan) has a new single out: Od Mene Se Odvikavaj is the title of the song, and this is the official music video:

The name Ira Losco stands for one of Malta’s biggest successes in Eurovision, a second place at the 2002 Eurovision Song Contest in Tallinn, Estonia, with the song 7th Wonder. Ira’s latest single release Me Luv U Long Time is another new addition to our playlist. Watch the video clip here:

The second single release from Rui Bandeira’s new album Sempre A Pensar Em Voces is the track Ainda Me Olhas Com Amor. Check out the video:

Luxembourg’s last Eurovision entry to date happened twenty years ago, at the 1993 Contest in Millstreet, Ireland, where Simone Weis and Jimmy Martin (Modern Times) performed Donne-Moi Une Chance. Jimmy is out with a brand new solo album this week, entitled Wild At Heart, and the single release Love Don’t Live Here Anymore. If this is how a Luxembourg entry would sound in the second decade of the new millennium, the Grand Duchy should definitely return to the Contest. You can visit Jimmy’s website at http://www.jimmymartin.de to read more about his activities. Watch the official music video here

Tune in to ESC Radio and check out all the latest additions to our playlist!

Share
Previous NEW to the playlist this week
Next Ilias Kozas (Koza Mostra, Greece 2013) thanks listeners 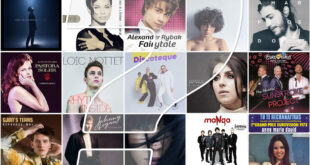 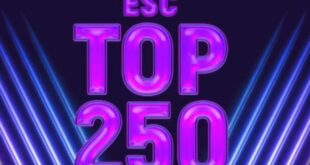